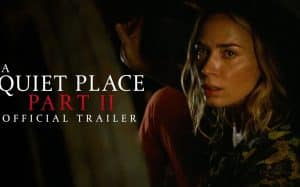 Old and new monsters for A Quiet Place 2, followed by the extraordinary horror of 2018 where hungry alien entities completely blind, but very sensitive to any noise, burst into our world that has become their exclusive hunting territory.
If a film at a cost of about 17 million grosses over 340 million worldwide has gained a following, at any cost: this is the case of A Quiet Place, whose sequel arrives in theaters despite the director’s initial hesitations and screenwriter John Krasinski.
At Quiet Place 2, however, it does not want to be a banal sequel to a successful horror film capable of photocopying countless times a series of schemes already conceived and paths. In fact, this new film, once again signed by John Krasinski (who is also involved in the screenplay as in the first episode), has the ambition to lay the foundations for the broad story of a world transformed by the presence of these terrible aliens.
So the story already wants to be a little sequel and a little prequel. But it starts from where we left off. The survivors of the Abbott family, led by their mother Evelyn, are looking for a way to survive in a world that now rejects all sound. In their escape from the previous refuge, that of the first film, they realize that the threats have multiplied because, as often happens, it is not only the alien monsters that are dangerous.
Expected in theaters next March, A Quiet Place 2 is obviously devoid of the figure of Lee Abbott, the father played by Krasinski himself who sacrificed himself for the rest of the family at the end of the first story. But it welcomes new characters and actors, in particular two stars such as the talented Cillian Murphy, who for the moment leaves the set of the extraordinary English series beloved also in Italy, Peaky Blinders, and Djimon Hounsou (The King’s Man his last engagement). We also find Emily Blunt as the strong-willed Mrs. Abbott. while Millicent Simmonds and Noah Jupe are once again Regan and Marcus Abbott respectively.