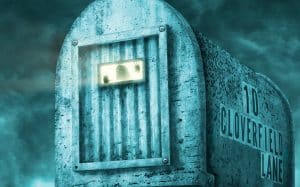 Michelle leaves her partner and while driving in the night has an accident. It awakes locked by handcuffs in a bunker with a brace in the leg and an IV in his arm. A Howard says that he collected in the street and taking her there for his own good. Michelle does not know that outside are catastrophic events that occurred and that only staying there with him and with the youngest Emmett will survive. But it has more than one reason to doubt and try to find a way to escape.
The year was 2008, when J.J. Abrams, with the complicity of director Matt Reeves, architettava an operation destined to change, at least in part, the coordinates of disaster movies. Back now with a different director, to call, with a hint in the title, that small but important film. But it moves on the ground of the psychological thriller which Trachtenberg knows all structural elements.
Because they work and do not give rise to a B-movie, however, is necessary to have a cast up. On this occasion the choice was more than careful because a Mary Elizabeth Winstead (feminine and determined at the right point) is offset by a John Goodman at its best. Goodman is an actor who, during his long career, has been able to demonstrate its ability to play both roles of big man benevolent and friendly as well as those of the person to fear the reactions. Here alternates the two faces with a suppleness that ends with be at the heart of the narrative.
Howard is a dangerous psychopath who uses his bunker fallout for torture, psychologically and not only innocent victims or external situation describing is true? The tension is maintained until a few minutes from one end but is likely to weaken its scope.
Because in the movies the closing explanations undermine the quality often (if any) of what went before. Here the quality was not lacking but the explanations are way too many.