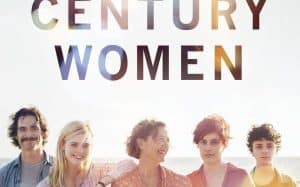 Santa Barbara, 1979. Jamie lives with her mother Dorothea, the feminine artiste Abbie and friend Julie, whom she is secretly in love with. Dorothea asks the two girls to help her grow Jamie to make him a man. It thus forms an extended family nucleus and how much on generis.
One of the most complex exercises about creating works of art is the use of autobiographical elements to transform the detail into universal. From this point of view, 20th Century Women, apart from the individual points of weakness that can distinguish it, represents a challenge that has few precedents.
Mike Mills runs in the company with ambition and humility together, building a protective maternal figure and generis, unprejudiced and at times conservative. Full of contradictions, aware of their own mistakes as their own conquests. A character so extraordinarily veritable and unique to be archetypal, or even – as the epilogue is explicit – as a symbol of a century of progress and regressions, the twentieth of the title. Dorothea was born during the Depression (when “there was no food, money or television, but people were authentic”) and reaches the age of 50 when the 20th Century Women story begins. One year, 1979, perhaps more consistent than the 1950s to find the definitive turning point of a century.
Politics is the year ahead of Ronald Reagan’s election (here anticipated by a memorable sequence on Jimmy Carter’s “crisis of confidence”) and the end of any obstacle to neoliberal capitalism; In music and art, coincides with the explosion of innovative forms of expression on the bases rescinded by the advent of punk (the iconoclastic fury of Black Flags against the sophisticated intellectual rewriting of the Talking Heads). When Carter exterminates his dismay at the direction the world is heading into, in a speech of rare lucidity for a head of state, the impression it gives to the spectator of today is opposed to that of the American people. His doubt, his vulnerability, almost an outgrowth of the nation’s “feminine” are not allowed: the leader must always and in any case express himself with a snout, without giving up. It is in these details that the importance of a film overwhelmed by reflections and impressions on a complex transition, supported by a perfect cast, is missed. Annette Bening, in a role that would certainly deserve the most sought-after statuette, can escape any stereotype, to give birth to a woman who is not afraid to show her years or to look too masculine (taking something from the Nic of the Boys They are fine); Greta Gerwig and Elle Fanning, on the other hand, add new nuances to their regular characters, facilitating the construction of an invisible bridge between contemporary and its “beginning”, perhaps occurring in that conflict in 1979.
On the paper, Mills might appear to be an intellectual exercise, but the danger of walking through the path traced by Wes Anderson is overwhelmed by the likelihood, the merits, but especially the defects of the characters who populate Jamie’s life, able to guide the boy as well as Disappoint him several times. Impressionist and personal cinema, looking for the causes and choices that led us to be what we are.