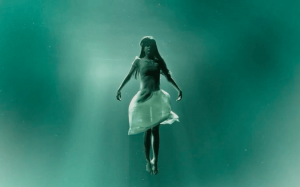 A Cure for Wellness

The main setting is Europe, a health old school, Nordic building on Swiss mountains in private clinic adapted, gothic hidden purpose to sprout here and there, interiors from the late nineteenth century, and a mysterious past with a fire and someone full of bandages in photographs in the opening black and white. The lack of information and the charm of its rooms is based care from wellness, the new film by Gore Verbinski (four years after the failure of the Lone Ranger).
There is the wretch’s face Dane DeHaan be the protagonist, budding business man who is sent by his great company to recover the tycoon lost in the clinic. In the scenes that we saw in preview (at least a 20in minutes from the start), American skyscrapers are replaced quickly from the true location of the film, Switzerland. There, the dominant colors are those of the autumn and dark desaturated colors in post-production, and after a brief run-in with those who manage the establishment, the main character has a car accident that forced him to go against his will from the institute patient visitor. Around him only the elderly in a bathrobe, very serene and satisfied. The film’s title, The cure from wellbeing, suggests that there is little to worry. Verbinski before you even kick off the series Pirates of the Caribbean, becoming a maximum weight of Hollywood, it was highlighted with great success the remake of a Japanese horror, in the years when they had rocked the world of fear in the room . The Ring (US) had been an earthquake of great visual mastery and mounting attention, narratively also higher than its original. Now at last it seems that, apart from the paranormal, is returned to the atmosphere of latent tension. With an eye perhaps more directed to Shock Corridor and the idea of ​​a healthy transformed into patient in an institution that can quickly become a nightmare, care from being presented her story with a certain calm.
Only the first 20 minutes, from the introductory sentence, the film seems in fact to have no hurry to stretch the plot and a healthy desire to postpone the answers, accumulating questions, anxieties and mysterious images (there is a patient who looks at everything from above a Wall). Yet it is also true that this kind of film has its own weak point in the resolution, in the way, herded the questions, can dissolve without loss of plausibility and dosing of the viewer satisfaction and frustration. The vision of this first long introduction did not produce a valid clue about the success of the film, he has put definitely the right curiosity not make it clear whether it wants to end up in the territory of irrational fear, in mental maze or on the way down in a lonely hell and isolated.