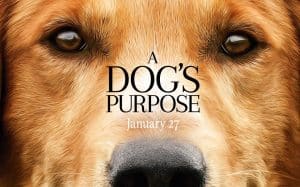 The narrator of the story is Bailey, a wise dog puppy and fun than a thousand adventures and many owners take you into an enchanting journey in search of the meaning of life, love and loyalty, beyond the thin veil that separates animals and beings human.
The film is adapted from literary success “On the Bailey,” a story for humans (original title “A dog’s purpose”) Author W. Bruce Cameron, released in 2010, the first great success of sales in the United States (for well 49 weeks in the ranking of the most read books of the New York Times) followed in all other countries, including Italy, and became a reference point for the “canine literature”. The book, in fact, is told from the point of view of Bailey, a puppy who, fascinated by the relationship between man and dog, decides to find out what is your objective in the world, because the dog (the purpose of the original title). It will reincarnate in several dogs during the span of time, until you find out what is, actually, its role in the world. Among the various masters of Bailey, the one with which the cute puppy will bond more on an emotional and spiritual level is definitely Ethan. Their report will reserve many surprises to Bailey and the reader / viewer. Acclaimed by critics and audiences, On the Bailey radiates joy, humor and tenderness to each page, creating a perfect synergy between the reader and the protagonist quadruped.
To give voice to Bailey, in the land of Dante, it will be the famous TV presenter Gerry Scotti, voice and face loved by all Italy, presenter targati programs Mediaset, have now become classics and other fixed by the social culture of the beautiful country. The experience in dubbing me your paw! It is not the first to Gerry Scotti. In fact in 2010 the Milanese showman became deeply involved in the dubbing of the sympathetic and talkative Drin Drin, a present toy phone in the Pixar animated film Toy Story 3. For the role of Bailey Gerry Scotti was chosen for the position of sympathy that his voice He has always been able to transmit and to give a familiar tone Italians viewers, who, listening to the voice of Bailey, will not you smile and try once a strong empathy for the protagonist fours.
Over the course of five decades, one voice – that of a tireless dog – accompanies us along a thrilling and exciting journey that speaks to the heart of anyone who has ever loved an animal. Although it is reincarnated in the body of many dogs over the years, it is its indissoluble bond with a kindred spirit named Ethan, who leads and inspires the dog on his journey to find his master his purpose in life. In 1962, the eight-year Ethan Montgomery (Bryce Gheisar of jokes around) and his mother (Juliet Rylance Knock Knock) save a Golden Retriever puppy who are wounded and abandoned. Despite the reservations of his father Ethan (Luke Kirby of The Astronaut Wives Club), the family adopted the puppy and called Bailey, hence born the friendship that will last a lifetime. Bailey is completely under the responsibility of Ethan – who feeds him, he does walk, trains him, and also teaches the incredible tricks. When Ethan becomes an adolescent (Kj Apa Shortland Street), is her first romantic love in the beautiful and charming Hannah (Britt Robertson Tomorrowland), while remaining inseparable from his faithful Bailey. Fresh off an injury that ends his football career and devastating breakup with Hannah, Ethan goes to college to begin its next chapter. Not being able to bring Bailey with him, he is forced to leave his trusted companion at home. While he is away, the old Bailey gets sick, and Ethan comes from the right veterinarian in time for their final farewell. Ethan is inconsolable. As soon as we think that that is the end of their relationship … Bailey is reborn in the body of Ellie, a paramedic German Shepherd of the Chicago Police Department. In fact, no more than the dog is surprised at what is happening, Bailey feels to still be the best friend of Ethan. The next incarnations of Bailey is a Corgi named Tino, then an intersection of Australian Shepherd and St. Bernard named Buddy. Although Bailey does not know why his soul continue to return again and again for new adventures, it will discover that the purpose of his many lives will be more decisive for his master than he would have imagined.