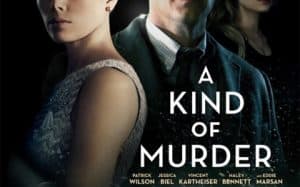 A Kind of Murder

The film adaptation of Patricia Highsmith’s novel of the same name. It tells the story of Walter Stackhouse, a young man who seems to have everything in life until his wife’s body is found on the bottom of a cliff. Suspected, he must flee from the murderer and the police.