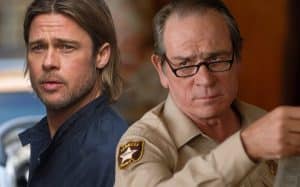 Twenty years after his father’s departure, for a one-way mission to Neptune in search of signs of extraterrestrial life, Roy McBride follows his father’s footsteps. Army engineer goes through the solar system in search of clues about the failure of the father’s expedition, in the hope of reuniting with the parent. But space does not leave the human heart unharmed …
“Science fiction is a more difficult genre than it seems, because there are usually fantastic elements, and what I would like to do is show the most realistic possible representation of the space travel that has ever been seen at the cinema”.
James Gray
The director’s stated intention is to show how tremendously hostile the space is towards us, as in a sort of Heart of Darkness where the sidereal vacuum of the borders of our solar system replaces the dense forest. Of course Gray has not been more unbuttoned, but Heart of Darkness as well as his most famous adaptation Apocalypse Now, also told of the relationship between civilized man and a primitive society, so it is legitimate to ask whether Gray will replace the natives with the aliens. Speculations aside from the director already in 2017 he said he was relatively frightened by the project and recently explained that the work is still under way, so much so that the American exit has slipped from January to the end of May.
At photography Gray will make use of the Danish Hoyte van Hoytema for the first time, collaborator of Christopher Nolan, with whom he had already experimented in space from a scientifically rigorous perspective in Interstellar. To compose the soundtrack is the German Max Richter, who alternates between Tv (The Leftovers and The brilliant friend but also the episode of Joe Wright of Black Mirror) and cinema, where he touched science fiction when one of his songs, On the Nature of Daylight, was used by Jóhann Jóhannsson in the soundtrack of Arrival di Villeneuve, and in the past he had signed the score of Ari Folman’s visionary The Congress. This is also his first collaboration with Gray, who made use of for the first time co-writer Ethan Gross, known for the Fringe series but already thanked by the director in the credits of four of his previous films: The Yards, Two Lovers , Once upon a time in New York and Lost Civilization.