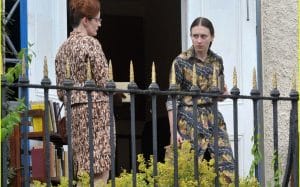 A family lives isolated from the world after having lost four relatives because of a poisoning. All members use rituals and talismans to keep away the hostile inhabitants of the nearby town, but the arrival of a cousin who wants to ensure the legacy of the family scombinerà their rules.
The film is an adaptation of the novel by Shirley Jackson.