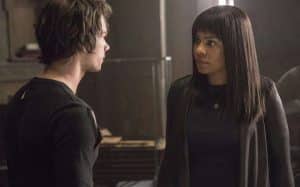 The well-known film director, screenwriter and producer Edward Zwick wrote the script for this movie. It is a thriller based on the Vince Flynn novel, which describes the life of the agent Mitch Rapp CIA.
The story tells how a personal tragedy has been able to transform the college athlete in a ruthless hunter of terrorists for the secret services.