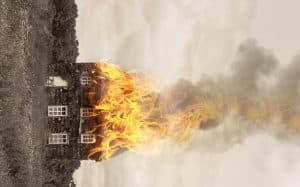 During a meeting of former classmates, the writer Nathan Zuckerman meets old friend Jerry Levov, who tells him the story of his brother Seymour, he said “the Swede”, sports idol of the young Zuckerman. It is the story of a man who had everything, beauty, professional fortune, a wife Miss New Jersey, and has seen his world fall apart when the beloved teenage daughter performs a terrorist attack, killing one man and disappearing underground. It is the story of a dream of peace and prosperity and hypocrisy hidden in it, the American pastoral desired “” and contropastorale, “the innate blind rage of America”, in the words of Philip Roth, from whose novel-masterpiece the film is based.
The parable of his life, the turn that takes after a first half in which everything he touches seems to turn to gold, is what makes the Swedish man is. Even the jew who is, in the literary sense of the sentence to introspection and the charging of a guilt without evidence, entirely self-inflicted. This, the film can not make it better: it can do its best to make it, but it’s another thing ( “Basketball is another thing, Skip”), because that is the subject of another nature, belongs to great literature.
The McGregor film does its best, not surprisingly, when it comes to actors: not only the incarnation of Seymour Levov is credible, maybe a little ‘too much modeled on the character who played for Tim Burton’s Big Fish (you would say that even some clothes are the same), but able to carry the weight of the drama on his face, in his eyes, before more blatant gestures. also capable – you say it without irony – to embody the void in certain looks, emptiness in history is full of meaning. And remarkable are also the interpretations of Dakota Fanning and Jennifer Connelly, struggling with another, different “Requiem” for the American dream.
What the character of McGregor, and his film in a mirror, do not know how to do, it is to give account of the past Swede, his aura kissed by grace and by fate. Despite citing it in words, in the voice over Zuckerman, “the magic trick That turns past into present”, this truly magical way to go back and forth and mix the cards of temporality, which is the novel, the film never comes even touch it. Between past and present, is forced to choose, and opts for the formula of the frame, that is correct, sure, but also closed, museum, such as the display case behind which are preserved, unattainable, sports trophies Swede.