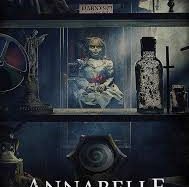 The Annabelle doll debuts on the screen briefly appearing in The Evocation – The Conjuring and gains, with the effectiveness of that apparition, the right to a film all for itself, Annabelle, directed by John R. Leonetti. The result is interesting and quite successful, even if not striking. The story mixes esotericism and Mansonian drifts, putting at the center the decidedly disturbing figure of the doll, which from the iconic point of view has an undoubted macabre charm.
The next film, Annabelle 2: Creation, went somewhat counter-trend, debunking two clichés that generally see the second worst film of the first and, even more, the poor commercial and artistic outcome of the prequels. Instead, the film, despite being the second episode and being a prequel, manages to be better than the previous one, thanks also to the presence of an excellent actor like Anthony LaPaglia and to the directorial qualities of David S. Sandberg (author of a good horror like Lights Out – Terror in the dark), able to create a macabre atmosphere of great effectiveness and to maximize suspense, always keeping at the center of the story the mysterious and sinister doll.
In the microcosm generated by The Evocation – The Conjuring, the Annabelle doll therefore plays an important and significant role. Annabelle had a gross world income of around 257 million. Annabelle 2: Creation has even grossed over 306. Given that the budgets were respectively 6 and a half million and 15 million dollars we can understand the extent of success.
Now, we know that dolls are a natural horror icon, for their “alien” qualities that make them perfect and macabre human images, in their disturbing fixity, but the Annabelle doll has a particularly effective look, very suitable for the purpose to arouse tension and apprehension in the viewer.
The third episode of the series, Annabelle 3, sees the promotion of Gary Dauberman as director. Author of the scripts of some horror films of great success in recent years, such as It and The Nun – The vocation of evil, as well as of course the Annabelle, Gary Dauberman started from the messenger set, always in the horror field, modest films like Killer Spider Hunt or The killer monkeys. Films, these two, whose results are not brilliant, but which testify on the one hand the passion of Dauberman for the genre and on the other his tenacity in starting from the bottom to arrive, as it arrived, at the top. The transition from script to director is not infrequent and more than sometimes it has given very brilliant results. Dauberman, starting from a story by James Wan (also a producer), has also been busy writing the script and this is a guarantee of professionalism that reassures the film’s results.