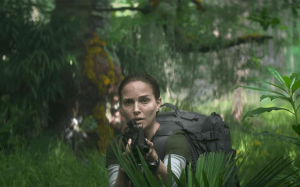 A biologist, whose husband participates in secret military missions, is desperate for his failure to return. The man finally returns home but can not explain what happened to him, he remembers nothing and is mysteriously evil. The biologist will thus be aware of an anomaly that took place years ago and kept secret: an area from which no one has ever returned except her husband, who seems to be close to dying. He decides to face this enigma and participates in the next expedition, along with four other women, each expert in a different scientific field.
“It’s a super original book, so many stories tell new things already said, even very self-conscious, so much so that it seems almost ritualistic, but annihilation is completely different and this seemed very interesting to me, but in itself it would not justify an adaptation and to convince me was above all the atmosphere.The experience of reading it was really strange, it has a strong dreamlike component, it’s like being in a bizarre dream.That made me decide that I had to try it “.
Alex Garland
Halfway between scientific and philosophical exploration, in a realm where the laws of nature are subverted, Alex Garland’s film based on the novel by Jeff VanderMeer has many influences, from Stalker to La cosa and Cronenberg’s cinema through Apocalypse Now with a touch of The Astronaut’s Wife and HR Giger (and therefore of Alien). Both for how it collects all these elements, and for how it surpasses them, leaving them to be colorings of a story that takes an autonomous direction both narrative and visual, Annientamento is already one of the best science fiction films of the year.