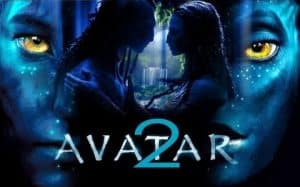 It’s been eight years since James Cameron’s Avatar broke all collection records and revolutionized the history of cinema with the large-scale reintroduction of 3D. Since then, the director and producer has promised a follow-up, indeed much more than one, but the news has come to an end with the eyedropper and shooting has not yet started. This is because Cameron takes first of all to give a regular deadline to the rest of the saga, which will be four other chapters, rather than launching Avatar 2 and then delaying the sequels further: “People must understand that it is a question of cadence of outputs . We are not doing Avatar 2, we are doing Avatar 2, 3, 4 and 5. Each film will have its autonomy but it will also be part of a bigger story, “said the director.” It’s an epic undertaking, no different from building the Three Gorges Dam ».
Elaborating the scripts of the four films was a very long work, also because the goal is to build an epic that develops in time and space by exploring other areas of the world of Pandora (and perhaps its Lune) and probably also the descendants of Jake Sully and Neytiri.
Already in 2014 the director had said “We will find Jake eight years later, and now he has a family. It will be a family saga on the conflict with humans: their perspective of dominating nature and that of the Na’vi to integrate with nature remain the same, but they will manifest themselves in different ways ».
The main cast members will return: Sam Worthington, Zoe Saldana and even Sigourney Weaver and Stephen Lang. These last two were given for dead in the first film, in the case of Augustine Grace the attempt to transfer her essence to her body Na’vi was failed, so it is difficult to imagine how we will see Weaver again. The question must have developed quite a lot during the script: just three months after the film’s release, speaking of the sequels, Cameron said that “nobody dies in a science fiction film”. However, two years ago the actress explained that her «will be a difficult role. I can’t talk about it, but my part is a little different in each of the films. I will transform myself in a certain sense ». A few months later, during Chappie’s promotion, she was asked if she would resume the character of Augustine Grace in the sequels and she replied “No, I don’t play the same character”. Although Weaver later talked about Avatar in early April, she added nothing more about her role in the sequels.