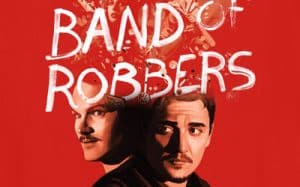 Huck leaves the jail and tries to leave behind his criminal past. His friend Tom, who has long been corrupt cop, has other plans: after having formed a band of thieves with a group of defectors, he wants to find a hidden treasure he has been looking for since he was a child.
The two directors are inspired by the stories of Mark Twain.