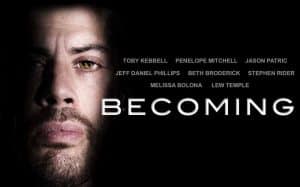 At the end of her autobiography, Michelle Obama embarked on a promotional tour that touched 34 U.S. cities, attending meetings in front of ocean audiences and moderated by leading figures – from Oprah Winfrey to Conan O’Brien – but even to groups of simple readers, students and parishioners. Documentary filmmaker Nadia Hallgrem followed her step by step, giving an account of the speeches held in public and in private, the signatures and backstage of this epochal tour that marked the watershed between life constantly in the spotlight of the former First Lady and its future still to be defined.
Becoming – My story tells Michelle Obama in long personal interviews, but also some members of her family – the mother, the older brother, the two daughters – and important figures in her experience at the White House: bodyguard Carl Ray, political consultant Melissa Winter, fashion stylist Meredith Koop.
Each of the interviewees puts together a piece of the puzzle that is the path of this African-American girl who grew up in South Chicago in a family of modest condition but full of love for her youngest daughter. From the stories and photos of her childhood and adolescence emerges a first of the class voted to perfection: a feature that would be useful during the years at the White House, when “the level of perfection required was very high, being half of the first presidential pair of color “.
The daughter of a demanding mother “who preferred my brother” and a father suffering from a degenerative disease that made his presence impermanent, the sister of a charismatic boy who excelled in studies, Michelle always had to prove that she was up to it, even when it was initially rejected by Princeton University because it was “inappropriate.” Harvard would be followed by Harvard and then practice as a lawyer, and finally the fatal encounter with Barack.
“I never wanted to be just an appendage to her dreams,” says Michelle, who describes their marriage as based on reciprocity, and doesn’t hesitate to make it public that she has faced couple therapy to learn to “be happy without expecting that. let my husband make me like that. ”