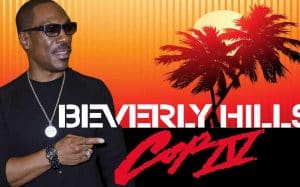 Failed the hypothesis of the TV series, promises the release of the fourth film Beverly Hills Cop series. After the great success of the first three films in the series, made between 1984 and 1994, Eddie Murphy will return to assume the role of Axel Foley, sponsored this time at the head of the Detroit police. Its presence in Beverly Hills Cop IV, however, should be sporadic because the protagonist is instead the son Aaron, Bevery Hills cop forced to live comparison with the legend that now precedes the father.