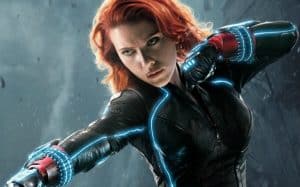 Black Widow, the new chapter of the Marvel Cinematic Universe, is the highly anticipated solo film dedicated to the Black Widow, the superspy of Russian origins that is part of the first, historical core of the film Avengers since the distant 2010 (year in which it was released Iron Man 2, his debut on the big screen).
As widely anticipated, this is a prequel to the Avengers: Infinity War and Avengers: Endgame brace that tells of the time lapse between the end of Captain America: Civil War and the first of the two films mentioned. The story delves into Natasha’s past, her bond with Russia, her homeland, as well as how she was raised and transformed into one of the deadliest spies in history. Here she was born twice, as a human being and as a superspy, here she left behind the outstanding accounts that the time has come to settle. Maybe with the help of some old ally …
Last tango for Scarlett Johansson’s Black Widow, therefore: ten years and eight films after having dressed for the first time in the role (rather tight, in truth) of Natasha Romanoff, the 35-year-old actress greets her best-known character forever with the talked-about stand alone movie dedicated exclusively to the main secret agent of the Marvel universe, in the MCU’s operational plans for some time but only made in this post Endgame phase. A production that also takes care of shedding some light on Natasha’s origin story, always left aside by the writers in view of this film but which is now clearly unavoidable: the magnifying glass descends on Black Widow and the moment arrives to deepen knowledge with all that concerns her, including the circumstances that have transformed her into the portent she is.
«Black Widow is a character so loved by her fans that I wouldn’t say it scared me to play her but for sure in a corner of my head it has always been clear that this is my version of the character. I hope fans are inspired by it, so that I can carry on its legacy. ”
Scarlett Johansson
The cast of the film, in addition to Johansson, can also count on the rising star of Florence Pugh (here in the role of Yelena Belova, Natasha’s replacement after her desertion in favor of the Shield) and on the experience of Rachel Weisz (Melina Vostokoff , also known as Iron Maiden). Directly from the enormous success of Stranger Things, David Harbor, who plays Guardiano Rosso (codename of Alexei Shostakov), is also part of the film.