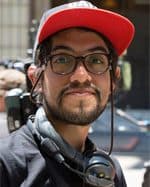 Collin is trying to spend his last days of probation undamaged due to a point-blank arrest that he can not wait to get behind him. Always at his side is his best friend since childhood, the talker Miles, who has a special talent in finding problems. They grew up together in the rude Oakland which became the new fashionable place to live in the rapidly expanding Bay Area. But when the opportunity that Collin has to start over abruptly disappears due to an unexpected event that changes his life and his friendship with Miles, he is forced to abandon his comfortable buddy-comedy existence.