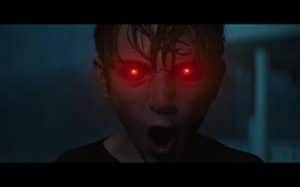 Produced by James Gunn, the film is described as “an amazing surprise, the superhero horror genre.” What if a child from another world collapsed on Earth, but instead of becoming a hero to humanity, it turned out to be something much more sinister? What if he took all the anger out of him and went with it?
Brightburn is directed by Director David “Yarvo” Yarovesky, his second film after directing The Hive, as well as several short films and music videos.