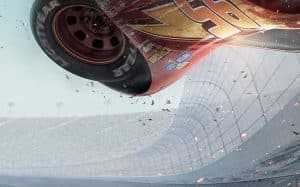 After the success of the first two chapters (Cars – Hot cars and Cars 2), Pixar produces the third sequel.
The legendary Lightning McQueen is put to the test by a new generation of cars very fast race. It is thus moved away from the sport he has always loved. To return to the game will come to his rescue a young engineer of racing, Cruz Ramirez, who already has a plan to get back to winning. But it is not his only goal.