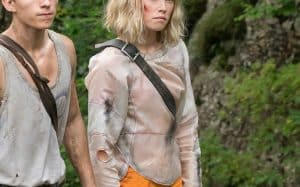 The adaptation of the first book of the trilogy written by Patrick Ness, known as ‘Chaos Walking’. The story is set in a dystopian future where humans have colonized a distant planet similar to the earth. When an infection called ‘Noise’ makes everyone’s thoughts audible, privacy disappears in an instant. In chaos, a corrupt autocrat threatens to seize control of the colony and declare war on the indigenous alien race. Only young Todd Hewitt has the key to stopping the destruction of the planet.