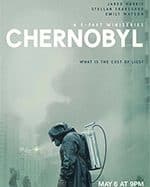 Valery Legasov recalls the events surrounding the Chernobyl tragedy of 1986, starting from the tragic night of the meltdown to arrive at the heroic efforts and sacrifices made to contain the consequences. All of this working under a system that makes information control and falsification its first directive, creating a direct obstacle to science and data collection necessary to prevent a similar crisis from happening again. With the help of the physicist Ulana Khomyuk and, after initially difficult relations, even of the politician Boris Shcherbina, Legasov will fight to bring out, at least internally to the Soviet system, the truth about what happened.
An impressive and deliberately sober reconstruction, without spectacular shortcuts, of one of the most significant tragedies of the 80s as well as one of the crucial steps in the collapse of the Soviet communist regime.
Chernobyl was filmed in Lithuania at a real disused nuclear plant, in Ignalina, and in the city of Fabijoniškes but manages to restore, also thanks to post-production, the Soviet spirit of the time, preserved in the area of ​​alienation of Chernobyl. Considering that screenwriter Craig Mazin comes from the Scary Movie, from the sequel to The Hangover and also from the terrible Hunter and the Ice Queen, it’s really a surprise that Chernobyl boasts such careful attention to dramatic and historical detail. So much so that he is gladly forgiven for the occasional use of disaster movie conventions and a few passages of dialogue that are a bit too didactic for characters who have always lived in the Soviet system (as also reported by an article in the New Yorker).
Certainly part of the merit derives from the prestige of the source, to be handled with absolute respect: the 1997 book ‘Preghiera per Chernobyl’ (published in Italy by Edizioni E / O) of the Nobel prize for literature Svetlana Alexievich, Belarusian journalist and writer who has directly collected testimonies on the disaster.
The authors for their part do not hide the fact that they have introduced some simplifications for dramatic purposes, have declared it in several interviews and also write it in the final signs of the miniseries, with particular reference to the character of Ulana Khomyuk, a fictitious figure who embodies in a single body the many scientists who assisted Legasov. Inevitably, she is alone and above all a woman, making her a rather Hollywood character, a sort of “underdog” with a personal crusade, rather than part of a larger community. This generates some distortions, especially considering that according to an expert like Adam Higginbotham the truth about the causes was already known among scientists.