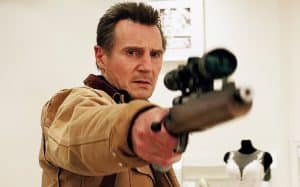 The protagonist, Nels, is a simple man, proud of being a diligent citizen of his sparkling city in Colorado where he won the award of the year for his commitment to his work as a snow plow. Suddenly, his life is turned upside down when his son is killed by a powerful local drug boss. Fueled by the need for revenge and armed with heavy artillery, this unlikely hero sets out to dismantle the cartel with extreme precision, in an attempt to get to the top of the chain that killed his son.