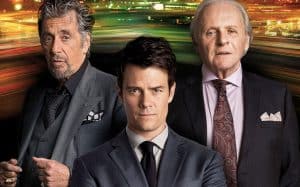 The lawyer Ben Cahill married the nurse Charlotte and their relationship is not the best. One day he goes back alive his ex, Emily, who is prepared to offer him the burning material. It is now in fact the elder lover and wealthy Arthur Denning, at the head of a pharmaceutical company involved in a case of medicinal experimentation that led to the death of several people. Ben is in possession of evidence and can offer them to the well-known lawyer Charles Abrams always opponent Denning. But Emily is kidnapped and Denning, who does not want to involve the federal police, takes private investigators to look for those who asked him an onerous ransom to release it.
Shintaro Shimosawa faces for the first time what, apparently, should be a legal thriller. Unfortunately, however, he does not realize that Adam Mason and Simon Boyes no John Grisham even though he would love to imitate him. It so happens that a basic plot that would have all the elements to be inserted in the vein opened by the American writer ends with disperse them.
The writers, if desired, they could have used as a model case which involved 2015 young executive Martin Shkreli. This, however, would prevent the use of two decoy names like Anthony Hopkins (in Denning cloths) and Al Pacino in those of his opponent Abrams. The two must have read the roles concerning them (on whose interpretations might put on autopilot) and thought to the next bank transfer, then no interest at all about the way that the story would take. Because the story seems to hold up and be longer than an hour but then between Korean vindictive and corpses shifts (only mention this not to do spoilers) the improbability begins to dominate up to bring the final ‘surprise’. In the sense that, at that point, the viewer does not know what to expect.