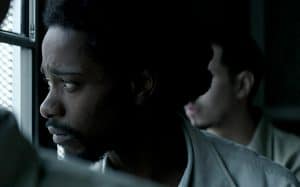 April 10, 1980, a shot rang out in the streets of Crown Heights, kicking off a decade of research to find a wretched murderess. Colin Warner is then arrested and tried for a crime he did not commit. It is the victim of a deeply corrupt system that refuses to listen. Eager to find a scapegoat for the sordid history, the court sentences him for summary and definitively. But as Colin loses hope of recovering a lost innocence, his best friend, Carl King, instead dedicating his life trying to prove the innocence of Colin, tenaciously pursuing the cause for years.