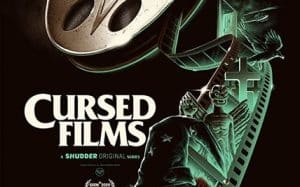 A reinterpretation of the Arthurian legend seen through the eyes of Nimue, a girl with a mysterious gift, destined to become the powerful and tragic Lady of the Lake. After the death of her mother, the young woman leaves on a mission in search of Merlin with the role of deliver an ancient sword, finding an unlikely ally in the humble mercenary Arthur. During his journey Nimue will become a symbol of courage and rebellion against the terrible Paladins Rossi and their accomplice King Uther. Cursed is a training story that deals with current issues, such as the destruction of the environment, religious terrorism, the absurdity of war and the courage to face impossible challenges.