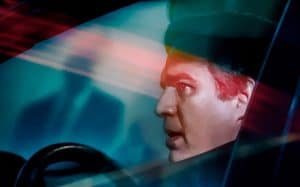 The true story of the civil commitment of Rob Bilott, a Cincinnati lawyer who as a champion of the chemical industry turns out to be their accuser in a twenty-year crusade. In the late 1990s Rob has just become a partner in his law firm, and enjoys a peaceful family life with his wife Sarah and a new born son. But a visit to the office by Wilbur Tennant, a Virginia farmer who knows his grandmother, changes his life forever: the farm animals behave strangely, and Tennant is convinced it’s the fault of the lake water to which they drink. The same where the chemical giant Dupont has been dumping toxic waste for decades.

A new page of that typically American sober and moral cinema, which responds to the aberrations of the current decade with stories of excellent past righteousness, Bad waters is part of the tradition of All the President’s Men, Spotlight, The Post, Insider – Behind the truth, in which the individual must accept that the system is basically nothing more than ourselves – fallacious and opportunistic, but also capable of pulling a line and saying “enough”.

Based on a journalistic investigation, developed by activist star Mark Ruffalo, and animated by a dutiful educational spirit that always risks overshadowing the value of the image, Bad waters finds a synthesis between its spurious souls thanks to Todd Haynes, who accepts the constraints of the legal and family drama without resisting them, and indeed indulging them in their simplicity. Many viewers will wonder where he is the director of capital and subversive films like Carol, I am not here and Safe in this filtered world of a corporate blue and tidy in the endless grid of the windows of the Cincinnati skyscrapers that house the Taft Law offices.

As in the suggestive incipit, which takes you back to the seventies and a group of kids ready for a midnight swim in a particularly cloudy lake, you have to look under the surface to notice certain reflections from horror films. Haynes goes to look for the invisible poison in the heart of the American family, the only institution more powerful than the evil Dupont, who has built an empire over the use of Teflon and hides its health dangers. The non-stick pan is the symbol of capitalism married to the domestic ideal of stars and stripes, two cornerstones no less inseparable than the carbon atoms that bind to create the PFAS, unassailable to our body.