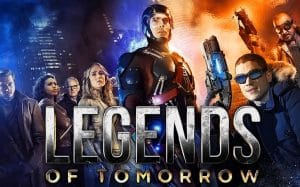 A new CW show set in the world of The Flash and Arrow, featuring Atom, Captain Cold and Dr. Steiner. Furthermore, three important figures from DC will be introduced on television.
The plot: when heroes alone are not enough … the world needs legends. After seeing the future, one desperately tries to prevent it from happening, the rogue and traveler over time Rip Hunter has been commissioned to assemble a disparate group of heroes and villains to stop an unstoppable threat in which the future of the planet is at stake . Can this disorganized team defeat an immortal threat unlike anything they’ve ever seen before?