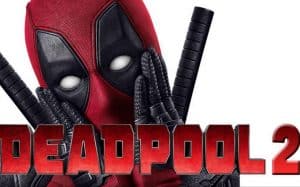 With the $ 780 million accumulated on the only 58 spent to make it, “Deadpool” has a noteworthy reputation among cinemas, but is even more clamorous the way it has achieved such figures: going against any common rules in the production world Hollywood. Make a movie from a comic strip that was forbidden to children under the age of 17, who had a lot of violence, explicit sexual references, and a panicked protagonist. In fact, Ryan Reynolds, the character has not only played it but has been chased for more than 10 years, together with director Tim Miller has changed the way he thinks and designs a comic strip movie.
That’s why curiosity has become even higher for the sequel when it came to news that Tim Miller would not have been there. Rumors of a heavy and unharmed break have arrived promptly, as always, but firmly resolved were denied by both involved. Tim Miller had very different ideas than Ryan Reynolds for this sequel so it was not possible to do it together, but the two did not bother. David Leitch, formerly director of John Wick, and an action and combat film expert, came to replace him.
Certainly at the moment it is known that the film will again ignore the non-written rules of American cinema. It will not be the classic “bigger and bigger” sequel, nor will it propose “more of the same”, but the budget will certainly be higher. Deadpool 2 should be so connected and so similar to the first to resemble more of another episode of a TV series rather than a sequel.
It is well known that, given Deadpool’s comics in the X-Force group, his first appearance is the character of Cable (waiting for a real X-Force film), played by Josh Brolin. We are in the world of mutants that are in 20th Century Fox’s cinemas, so it’s important to note that Brolin actually plays a character in the shared cinematic universe managed by Marvel Studios, or Thanos. But different productions, different rules, different characters. In addition to Cable, we will also see another character in the X-Force world, or Domino, the fighting spy with powers that have to do with chances. To interpret it will be Zazie Beetz.
The cast for the rest should not be too different from the one of the first movie and it is well known that Leslie Uggams will also return as the blind roommate’s star. Once, however, it is worth pointing out that the protagonist of the film will be really his own tone, the more adult, the smack, the dementia and the metacinematographic of all the others. Although the same authors tend to underestimate the impact, the ban to 17-year-olds for such a big blockbuster is a disused practice, it almost does not happen anymore. This has created a very strong appetite for certain types of content related to certain characters. In short, a novelty element so strong that it spurred on to the success of the film, even though it is unclear whether it can do the same even in the sequel.