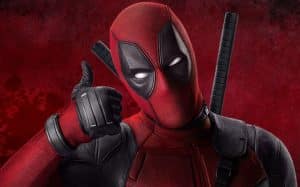 Wade Wilson is a ruthless mercenary why everything has a price, until he discovers his soul mate: a prostitute named Vanessa. When everything seems to be going well, Wilson discovers he has a late-stage cancer. For this is approached by a sinister character who in Serbia an unusual care proposal. Wilson agrees but ends up being the victim of a genetic experiment with unpredictable outcomes.
After twelve years of Ryan Reynolds attempts he manages to assume the role of Deadpool in a film entirely dedicated eponymous Marvel comic and tailored to the cynical and caustic humor that characterizes the characters he played. Apart from the actor who embodies it, he has little to unite this Deadpool with the one introduced as a villain in X-Men Origins: Wolverine, but at different times of the screenplay by Rhett Reese and Paul Wernick winks at the first appearance . Because the main point of discontinuity with the superhero Deadpool world lies in its blatant meta-textual nature, he performed even more of macho jokes easy to grip. Reynolds / Deadpool joked about himself (character), the Marvel comics in general, on Star Wars, Liam Neeson, Hugh Jackman / Wolverine and finally on Green Lantern and then on the other himself (actor), since it was always Reynolds to assume the role of superhero in superflop.
Deadpool is the border area between the Marvel superheroes – in need of a refresh and waiting for a breakthrough Phase Three of the Marvel Cinematic Universe – and ultra-vulgar comedy films of James Franco, Seth Rogen, Jonah Hill and company. In essence, the Kevin Smith dream realized and made flesh, but pushed to excess so that it looks Clerks a Tarkovsky film. A faithful adaptation – bad Italian dubbing in part – to the original spirit of the anti (super) heroic character, born to push on the accelerator of the politically incorrect, collecting a record number of sexual references and dead bodies, killed in the most barbaric ways and splatter.
A character in the lower bottom, syncretic and derivative already in its connotation phenotypic: Spiderman look, no pity from Punisher, X-Man powers and humor nerd foul-mouthed, Deadpool is a corollary of something that already exists, an appendix. How to have to overturn this handicap direct the film adaptation by Tim Miller makes her way with blows of exhibitionist noise, as the most defiant and harassing the guests at a party, who chooses basically only one way a little ‘more bizarre the quarterback of the team American football to achieve the same purpose, namely the attention of young girls.
Metaphors aside the Deadpool target is male, but beyond some extreme joke even if objectively hilarious, the film bends quickly to the tradition of the genre, adhering to the most venerable pattern on the origins of the superhero and the showdown (with collective contribution of other superheroes) against his nemesis creative. It wears off so the curtain apparent diversity of Deadpool, which is not enough to “break the fourth wall” by referring directly to the public, or make use of analogues and antiquated gimmicks to convince about his true nature as an innovator subversive. Maybe better to settle entertain those who choose to play the game.