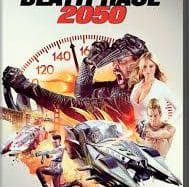 Reboot of the cult of the ’70s Year 2000 – The Race of Death (Death Race 2000) «A film full of outrageous action» ilcineocchio.it «This is an extraordinary opportunity for me and the millions of fans of Death Race 2000 to experience the intensity , the emotions and the black humor of the original, fueled by a formidable young cast, spectacular vehicles and unbridled action, literally. »Roger Corgman In a not too distant future, America is controlled by an omnipotent corporate government that keeps the masses dormant with entertainment based on violence and virtual reality. The event of the year is the Death Race, where a vast assortment of riders competes in a road race that crosses the country, scoring points for the race by investing pedestrians and killing each other. The reigning champion and favorite from the public is the half man and half Frankenstein machine, but little is known of him who took a rebel spy as his co-pilot.