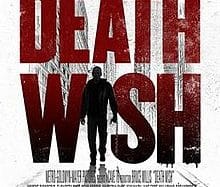 Paul Kersey is a surgeon who lives a quiet and conscientious life, keeping his aggression at bay. When his family is brutally beaten, all his rage explodes and, after taking a young gangster’s gun for himself, he begins to do justice his way through the streets of Chicago. His first venture is filmed by a witness and the video becomes viral, making him a kind of celebrity, even if Paul only wants to find peace by reaching the criminals who have destroyed his family.
The film of the ’70s, of which the film with Bruce Willis is the remake, was accused of being in favor of vigilantism. Today, however, the executioner of the night seems inappropriate, considering that the issue of arms control has become more current than ever, both in America and in Italy.
Eli Roth claims that his executioner of the night simply wants to reflect on the issue without taking part, but in reality, with his tone, always gradually over the top (a killing seems to come out of Final Destination, as it is comic), shows a vigilante far less disturbing and problematic than that of Charles Bronson. So much so that this update 2018 does not seem to have the slightest internal travail even at the beginning of its transformation. And he will not even have it when his actions will have results that are not only lethal but even splatter, because it is still a film by Eli Roth (even if the gore is long awaited and is still limited to a few seconds).
His brother is the voice of conscience, played by Vincent D’Onofrio, but to make things worse and to make this film overseas as a commercial for the NRA (the National Rifle Association very close to Trump) there are scenes in the weapon shop. Here Roth would perhaps be sarcastic and ironic, given that the protagonist thinks a lot of bureaucracy is needed to get a heavy automatic rifle, but the clerk answers that it is very easy. On the other hand, towards the end of the film, we will see Paul arm himself with all the gadgets offered by free access to the most extreme weapons, allowed by the current American regulation: what is called an endorsement.