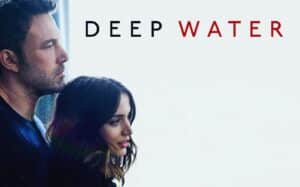 Vic Van Allen and Melinda Van Allen have been married for a long time, have a big house and a beautiful daughter, Trixie. On the other hand, beautiful, indeed breathtaking, is also Melinda, a splendid but above all restless woman, so much so that she just can’t stay in the marriage bond, and so chooses beautiful and young lovers with whom to spend nights of sex and alcohol. Moments that Melinda sadistically does not hide from Vic about her: she invites her lovers home, she teases them for dinner in front of her husband, finally she does not hesitate to leave the doors ajar just before starting to have fun with them. A game whose most delightful part for Melinda is to make Vic aware of everything, humiliating him. A game that, however, gradually turns out to be more and more dangerous.
Lyne follows the straight course of the story without particular flashes, leaving out the construction of the atmosphere, of that sort of “red” density that is essential in a thriller.
Twenty years after his last film, Unfaithful – Unfaithful love, Adrian Lyne is back behind the camera with Deep Waters. With this film, which sees Ben Affleck and Ana de Armas as the protagonists, the British director returns to a genre dear to him, that of the erotic thriller that made him famous in the 80s for some of the most famous cult movies of the history of cinema, such as Fatal Attraction, Indecent Proposal and 9 ½ weeks.
With Deep Waters, Lyne starts from a 1957 book by Patricia Highsmith, queen of the American noir novel, from whose works some of the best-known thriller and noir films have been taken, such as Anthony Minghella’s The Talent of Mr. Ripley or Todd’s Carol Haynes. And also Acque Profonde has already been made into a film in 1981, by the French director Michel Deville with Jean Louis Trintignant and Isabelle Huppert. The latter and Lyne’s are obviously very different, both for reasons of nationality and for “age” reasons. But while looking at it today, the French film retains all its freshness, Lyne’s seems to us already seen, “old” from the first scene.
Moreover, the story of Highsmith is full of ideas that can be translated into cinematographic language: the magnifying glass on a high-bourgeois family in which no dynamics are faced, immediately leads us back to the relationship between Vic and Melinda, which before being physical is based on observation , on passivity, on the adoration of him for her, as if it were first a sacred image and only then a body with which to relate.