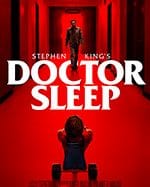 The disturbing son of the Overlook Hotel caretaker returns and looks like Ewan McGregor. The Scottish actor was chosen to play Danny Torrance in the Warner Bros. adaptation of Stephen King’s novel, Doctor Sleep, which would be the sequel to Shining, Stanley Kubrick’s horror classic of 1980. The writer also seems to have appreciated the choice of McGregor, which we will soon see also in the live action adaptation of the classic Disney Winnie the Pooh, Return to the wood of the 100 acres.
He will finally see the light of Doctor Sleep, directed by Mike Flanagan, who has already adapted another Stephen King novel, “Gerald’s Game”. Warner Bros., in fact, had been designing Flanagan’s film for years as well as Mark Romanek’s Overlook Hotel, conceived as a prequel to Kubrick’s cult, without ever finding a good budget so far.
Doctor Sleep, therefore, will focus on the story of Danny Torrance, the son of the Overlook Hotel’s caretaker who discovers he has extrasensory skills, a sort of power to shine, which leads him to discover the dark past of the hotel and the events future. Mike Flanagan thus delves into the trauma of the child who has now become an adult but has not forgotten the past. Danny becomes the reflection of the killer father with deep rage and a problem of alcoholism that attenuates his pain and his extrasensory powers.
His powers, however, revive as soon as Danny returns to sobriety. It is thanks to these special qualities that Danny establishes a psychic connection with a girl who shares her own magic. The two thus discover that they can increase their powers if they inhale the vapor emanating from others who have the same power to shine when they suffer painful deaths.
Kubrick’s adaptation to Jack Nicholson, Shelley Duvall and Danny Lloyd as little Danny Torrance was a box office disappointment even though he is now considered a milestone in horror cinema. Hopefully a better fate at the box office for Flanagan’s Doctor Sleep.