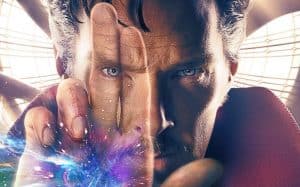 Stephen Strange is a neurosurgeon by the extraordinary talent and huge ego. Unable to settle to save individual lives, it aspires to something beyond and that the revolutions known medicine. After a serious car accident loses the use of the nerve endings of the hands and then the opportunity to undertake their work. Strange does not accept his new status, reaching down to Nepal in search of a mysterious cure. In Katmandu discover the secrets that go far beyond those explained by science alone.
Press on the accelerator pedal brings consequences: a metaphor that applies to the Doctor Stephen Strange, hurtling the wheel of his Lamborghini Huracán, as well as for Marvel, struggling with the management of its multi-faceted MCU (Marvel Cinematic Universe). When the need is to keep on amazing, sooner or later it will reach the saturation level, that they are pinched borders on the ridiculous. Marvel the risk takes a solid form, especially in a “phase three” – characterized by civil war between the Avengers – which has now proved complicated, for the firepower brought into play and the difficulty in managing the global continuum , maintaining the stylistic and narrative needs of each feature film. In this sense, the genesis of a new hero is the cure-all of which Marvel needed. Sort of a complicated subject and immense powers, although “minor” as a renowned within the cosmogony of the House of Ideas. Strange but it also brings with it many risks of narrative: the complication of maintaining an aesthetic between psychedelia, mysticism and new age, high kitsch excess risk and the need to reconcile these needs with a traditional genesis.
The birth of a new superhero is run by Scott Derrickson (Sinister, The Exorcism of Emily Rose) with a traditional approach regarding the “pre” period – the classic parable about the limits of rationality, obliged to give way to faith – and a ‘ sudden acceleration of events after Strange reach Nepal.
Derrickson tackles the visionary nature of the character and of the challenges it faces, making the most of the colors and forms of universes and “multiverse”, as only digital pushed to its current level can guarantee.
The Derrickson film maintains an enviable balance: on the one hand that sobriety which his protagonist escapes continuously, the other a radical nature that manifests visual boldness – the disruption of space and time looking at Inception and more visions extreme Escher – and the emotional peaks of the story management (the near-death of Strange, the lethal and sudden threat, which struck on the three shrines), helped by the background of horror director Derrickson. The special ingredient is once again the irony, one that helps bring to earth a story under constant centrifugal stresses: the gags are hilarious and capitalize on the right standard that emerged after the success of the Guardians of the Galaxy. This is partly a cast that is the special effect added. Benedict Cumberbatch is the perfect partner for the shoes and egocentric megalomaniacs Strange, exceeded only by the inexpressible Tilda Swinton, in an ideal role for its characteristics of otherness and irreducible to gender or age connotations.
The Strange universe is dominated by entropy out of time, against which the Earth and its “spiritual” protectors fight strenuously. With laws to protect, but occasionally to break. Strange, prey to the fear of failure and selfishness, learns to his cost the lesson and choose to give up the joys of earthly life to defend a greater good. I do not know why you change your mind on its own nature, but giovarne, in addition to the human race in the fiction, is the same Marvel in the real world.