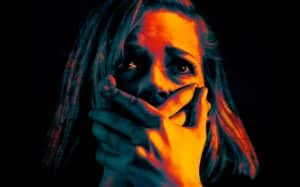 Rocky lives unbearable family situation and is ready to do anything to leave Detroit for the California sun. For love, boyfriend blowhard, Money, and the shy Alex help her rob apartments. Money believes he has identified the long shot in the cottage of a veteran of the Gulf War, was blinded as a result of a wound, which grossed compensation to many zeros after the tragic accident in which he lost his only daughter. Ethical concerns about a robbery against a person away in the face of so vulnerable to the sum coveted, but the three discover that the solitary inhabitant of the house is far from helpless in the face of an intrusion.
After shooting the remake of The House, useless as most of today’s horror remake, the Fede Alvarez prices were minimal, to say the least. But the low expectations have always been a good omen in the world of fear, which acts better when the guard is low. Man in the Dark – Original title Do not Breathe, literally “not breathing” – has the typical characteristics of the debut: tight budget, strong subject supported by a carefully thought out script, surprise exploited to the breaking point. It is the same Alvarez to declare to feel like it was his debut, and perhaps it is best to choose empathy and forget his first steps (false).
Man in the Dark does not belong to the subgenus home invasion nor is a slasher movie, but is inspired by these as in other types of horror and dispenses the ingredients well in a claustrophobic play between the cat and the mice. Where the first is blind but far from harmless, and the latter shaken by moral doubts and guilt that do not accord with the spirit of survival that will have to implement.
A thriller series B with a rare dose of courage, who is not afraid to put in whipping scene of raw and credible violence, as the scenes in which the blind veteran tramples violently legs of Rocky or beats her on the face, violating taboos that even Jason Voorhees and Freddy Krueger would dare affect (kill brutally may be less disruptive of the fines to a member of the fairer sex beatings). But there are no heroes and no villains in the merciless struggle that takes place in the cottage veteran with no name, where men react to animals injured with his back to the wall, leaving no stone unturned. Alvarez holds the high voltage allowing himself the right in terms of virtuoso directing and making the most of the opportunities generae from the script.
Starting from the scenes shot with infrared camera, when the landlord off the light and recovers an advantage on fugitives, creating a sensational hide based on the senses the most underrated, hearing and smell. Needless appendix that closes the film, which typically begins to decline as we increase the dialogue. However, as long counts only hold your breath to survive, the atmosphere is sincere terror. Again extraordinary Stephen Lang in the role of veteran, one of the most underrated actors in Hollywood, capable of a marvelous proof physicality to 64 years old.