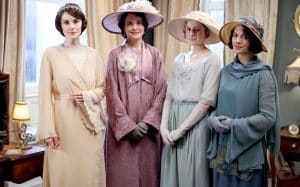 The film is based on the famous TV series of the same name, set in the imaginary Downton Abbey, the noble residence of the Count and Countess of Grantham, and follows the life of the aristocratic Crawley family and their employees, at the beginning of the reign of George V. The series extends in the two years preceding the Great War, which begins with the news of the sinking of the Titanic, an event that activates most of the plot. Everything seems immobile, as if the Crawleys’ way of life could last another thousand years, but it won’t be.