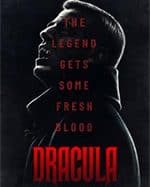 A sick Jonathan Harker tells a nun, in the convent, how he escaped from Count Dracula’s castle, but is there really a way to escape from such a great and absolute evil? Dracula also has big plans: he does not intend to stop in Romania but wants to reach England and then the New World, because he says that you are what you eat and you have enough of the zotic and ignorant. But if many legends about vampires seem false, why do some absurd rules like the prohibition to enter where he wasn’t invited instead have value? The nun who questions Jonathan seems determined to find out all about the vampire and its limits …
The pair of authors Moffat-Gatiss tries to revive, after Sherlock Holmes, another of the most adapted characters in literature, the vampire par excellence. And as long as everything remains in the past it works very well, unfortunately the last episode moves into the present with disastrous effects.
Strange series this Dracula, which like Sherlock has seasons of only three episodes of an hour and a half each, but which in these four and a half hours introduces a radical change of tone, setting and even structure. If the first two episodes work as long dialogues that tell facts already happened for two acts and only in the third result in the action at the present time, the third chapter completely leaves this form for a much more disordered narration, in which you quickly lose the thread of the characters we should care about and also the credibility of the situations presented.
In short, we arrive at the ridiculous, where instead in past episodes the irony was abundant but also pressing. For example, the nun who questions Jonathan Harker is eccentric, to say she has never had proof of God and to be trapped, like many women of her time, in a loveless marriage where she saves appearances just so as not to remain without a roof. The woman is of acute intelligence and often intervenes with brilliant observations, moreover even the vampire is very ironic, in love with himself to the point of making continuous allusions to the importance of blood, to the mortality of others and so on.