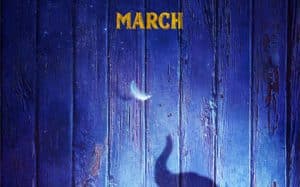 After the success of The Beauty and the Beast and The Jungle Book, Walt Disney continues to refresh its classics. The remake of Dumbo, directed by Tim Burton with Colin Farrell, Danny DeVito, Michael Keaton and Eva Green, is scheduled for 2019. In addition to the story of the famous big-eared elephant, Mulan and Aladdin also await in the live-action remake project of the most important Walt Disney films.
The film returns to tell the story of Holt (Colin Farrell), once a circus artist who, after having fought in war, returns home profoundly changed. The owner of the circus, Max Medici (Danny DeVito) hires him to take care of Dumbo, an elephant cub with two huge ears that make him the laughing stock of the circus staff.
But when Holt’s sons discover that Dumbo is able to fly, the entrepreneur with the forked tongue V.A. Vandevere (Michael Keaton) and acrobat Colette Marchant (Eva Green) will make the star helpless elephant.
So if Michael Keaton returns for the third time to work with Beetlejuice, Batman and Batman – The Return, Colin Farrell will be on the set for Tim Burton for the first time in the role of the protagonist won by a whisker. For the part of Holt, in fact, also Chris Pine and Will Smith competed for Aladdin.
The screenplay is signed by Ehren Kruger, who is also among the producers, author of three films out of five of the Transformers franchise (Transformers – The Revenge of the Fallen, Transformers 3 and Transformers 4 – The Age of extinction), while the music is composed by the master Danny Elfman (former collaborator of Burton in Big Eyes and Frankenweenie). Made with a mixed technique that will combine live-action with CGI technology (Computer-generated imagery), the visionary remake Tim Burton already raises many expectations not only in Walt Disney fans.