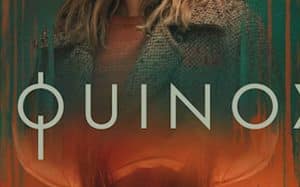 The supernatural series is set in Denmark, and follows the story of a young woman named Astrid (Danica Curcic). Twenty years have passed since the protagonist was deeply traumatized by a mysterious event that happened when she was only a child. The story of the series alternates the events on two timelines: the first located in the present day and the second which refers to the events of 1999, when it all began.