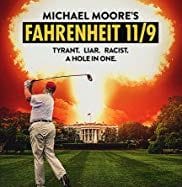 While the city of New York was already celebrating Mrs. Clinton, and despite the trumpeted preference of three quarters of Americans for the democratic program, on November 9th 2016 a publicly racist, classist and misogynist man was elected president of the United States of America and privately ambiguous named Donald Trump. “How did this happen?” Asks Michael Moore, and while there is some important and tragic connection between the new presidency and national tragedies, from the carnage in schools to the mass poisoning of the black population of the industrial city of Flint, Michigan, by his own governor and mayor.
Moore’s point is that he no longer blames Putin for the Democrats themselves, from Clinton to the popular Obama, to trade unionists and small managers, sacrificed to the logic of compromise and moderation even when it touches crime.
Perhaps he says things that we already know, and perhaps the narrations “to the Michael Moore”, with the ironic curtains and the technique of surprising by canceling in a single stroke the six degrees of separation connecting, for example, Trump’s rise to Gwen Stefani, it may sound monotonous, but there are no epigones that know how to beat the original and when Moore wants to tell something he still knows how to do it in the best way, meeting vis-à-vis people, guarding the places where things move and making assembly a virtuous use. Then we could reformulate the objection and say that we already know what Michael Moore says, how he thinks and with what communicative inspiration, wisely swinging between apocalyptic vision and insurrectional injection, he will make his cinematographic speech, yet he knows how to put his finger in the most painful wound : our very being as spectators sitting in an armchair, in contemplation of the disaster.
As a good educator, Moore runs the risk of appearing boring, out of fashion, one who has invented a way of making documentary, with the staging of himself, which has now been swallowed up and digested by TV in all ways. Yet there is a great need for us to be reminded again and again that it is not trusting that the constitution will protect us or that the elections will settle everything, that we can sleep peacefully, because it is no longer true.