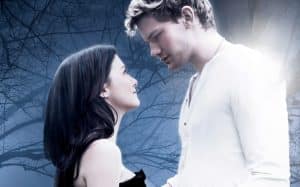 Following a mysterious and turbulent past, Lucinda called ‘Light’ is segregated to Sword and Cross, a university and a correctional institute together. Winning general distrust, Luce finds a friend in Penn, but soon attracts the attention of two guys: the teddy boy cursed Cam and the blond Daniel, who seems to want to divert Luce while being attracted. But to Sword and Cross nobody really is what it looks like.
Compared to the famous prototype that is systematically approached, Fallen has long been an orphan of a cinematic transposition. Unlike Twilight, in fact, Lauren Kate’s bestseller becomes a feature film after seven years.
A time when teen’s ephemeral teen’s trends can radically change, so much so that Fallen, in 2017, is a curious relic, too old to enjoy vintage charm, too demeaning to become a generational phenomenon. Even more so than with what happened to the literary saga, Fallen’s film immediately emerged as a minor and disadvantaged little brother of Twilight, a child problem like the protagonists relegated to the institute by the self-explanatory name Sword and Cross. The director of a veteran like Scott Hicks (in Shine, incredibly) does not help raise Fallen from a sub-television platform. Fallen, to put it synthetically, lacks everything: of the persuasive or charismatic protagonists, an original inspiration from the stereotype cage, an innovative structure from the point of view of narrative.