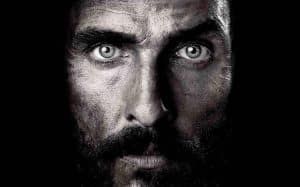 1862. American Civil War. The Confederate army nurses Newt Knight, having witnessed too many injustices, decides to defect to bring home the body of the young nephew who was not provided relief after he was wounded. Once home he has witnessed other abuses committed by Confederate soldiers against the population. Since that time Knight begins to gather around him men and women, white and black race ready to oppose the military arrogance. It so happens that the county Jones Mississippi is constituted in a Free State under the Knight guide who is not willing to surrender.
When the last part of the film directed by Gary Ross are seen to appear in the night men on horseback with their cloaks and hoods of the Ku Klux Klan thoughts turn not to Griffith and his Birth of a Nation who sang the deeds but rather to that the Klan still exists today and has expressed his support to the newly elected president of the United States, Donald Trump. Because this film classic and the considerable length on the performance has the great honor to bring to the attention of the general public a historical fact of no less importance that until now had been the only specialized study center.
It has, however, another and even more important value: reminds us that eighty-five years after those events in the State of Mississippi a descendant Knight and his second partner (who was African American) was put on trial for marrying a white woman having ‘still’ a percentage of black blood that he could not allow that type of wedding.
Matthew McConaughey has his looks ranging dall’indignato to compassionate to a character that history can perhaps be called ‘minor’ but the film goes beyond the romantic role of Robin Hood of the southern States to acquire the status of a warning to the viewer. The film also has among its tasks that of remembering and light on events that some would prefer to remain confined to oblivion. Ross as, to cite one example, the Vancini Bronte – Chronicle of a massacre that history books have told once again what happened supportandolo of dates and specific references purposely avoiding scenes too gory. Because maybe he would like that his film was screened in the schools of his country. Ku Klux Klan permitting.