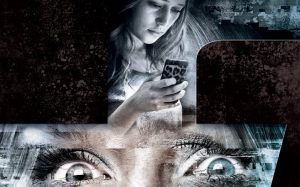 Laura is one of the most popular college girls: when the mysterious But Rina asks the friend on a social network, Laura remains impressed by the animated videos made by the girl and her insecurity. Soon the presence of Ma Rina becomes too obsessive and Laura decide to remove it from the list of his friendships. A choice that will set off a surprising chain reaction, with tragic consequences.
After the success of the event unfriended was logical that they followed variations of forms of alienation and stalking in the era of social networks. potentially suitable material to the horror genre for its intrusion into the private sphere and for the dangerous confusion that can be established between the virtual and real world. Friendships made or dates and the Messenger chat have thus replaced the role of the clandestine sex, traditional spring capable of unleashing the wrath of Puritan no killer turn face, as in Friday the 13th and derivatives. But if unfriended interpreted this change under the sign of language testing, turning the movie screen in the monitor of a PC, Friend Request soon abandons the inside view to Facebook – videos posted by Ma Rina are displayed full-screen – in favor of a much more traditional approach. In a short time, the Simon Verhoeven film – only homonymity one with the illustrious colleague Paul – fully adheres to the horror canon: damsel in distress, scenes of suspense that exploit the dark, elevators and slammed doors, the sequence of deaths in order growing importance in the plot. In a genre so prone to the stereotype, in which the style exploits It Follows is the rare exception rather than the rule, so different are now the details, the voltage techniques, the quality of the villain, intuition capable of making unique a film and overcome the genre from within.
Friend Request unfortunately recorded a negative item under each of these aspects. The stumbles director oversights increasingly macroscopic (the use of sound interference of pre-smartphone mobile, to represent a virus that affects the other hand via the internet) and ends up accepting, without understanding them, the facebook rules, in the most uncritical . The direct correlation between the number of friends and popularity becomes an unquestionable axiom, just as it is lawful to the concept of creating a public page in memoriam for a young friend who died prematurely. Finally, the usual childhood traumas to make a child a witch and social networks do not make it legitimate, it rightly says, this division. The only gesture that has a form of humanity and generosity of the protagonist, who chooses to become the first friend of Ma Rina, reveals its most tragic mistake. If you were limited to flout or ignore the strange girl, just focusing on jogging and yoga, the world would have remained as charming as in a plastic reality show.
But is such superficiality by instant movie Friend Request, also detract from the moments of disturbing moral ambiguity, reducing them to the inability of the authors rather than an actual desire to reflect on a sensitive subject. As time elapsed, and how many steps backward, compared to Society Brian Yuzna.