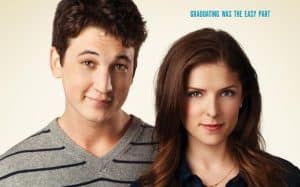 Get a Job is a multigenerational comedy that tells the vicissitudes of four graduates who are catapulted into the real world and are forced to set aside their dreams. The cast includes a group of exceptional actors, beginning with Bryan Cranston, who became popular thanks to the protagonist role in the Breaking Bad television series. He will interpret the group’s adult, Roger Davis, the unemployed father of Will Davis (Miles Teller) who is looking for work with his son; Next to him will be Jillian Stewart (Anna Kendrick), Will’s sweetheart girlfriend.
The script by Kyle Pennekamp and Scott Turpel was purchased in 2009 by CBS but is soon finished in the Black List of the same year. Produced by Ryan Conroy and Maria Faillace, director Dylan Kidd (Roger Dodger and PS I Love You) said: “We are going to create an honest comedy that captures the changes that every generation has to face in this ever-evolving world We’ve come up with an extraordinary cast to recreate reality on the screen. ”