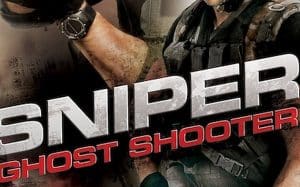 An adrenaline action set in the Middle East: Captain Beckett is engaged in an explosive challenge against a ruthless ghost sniper The Beckett and Miller elite snipers, along with their team, have been tasked with protecting a gas pipeline from a group of terrorists! Once identified by an enemy sniper, they are forced to run through a hostile territory full of pitfalls!