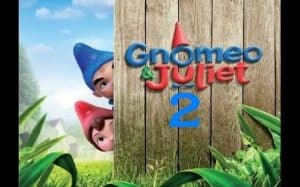 After the $ 194 million raised by Gnomeo & Juliet in the world (against a very small budget of about $ 36 million), it is no surprise that Elton John’s Rocket Pictures has launched a sequel entitled Gnomeo & Juliet: Sherlock Gnomes. The screenplay was entrusted to the original authors of the original, Andy Riley and Kevin Cecil, while Kelly Asbury, director of that film, will be creative advisor to the new project. As the title clearly states, the new entry of this film will be the gnomic version of Sherlock Holmes, which will, however, prove to be much less gratifying than its human equivalent when it is called upon to shed light on mysterious cases of gnomes disappearing from the English gardens. So, these events continue and we understand that the threat to the world of gnomes is really serious.