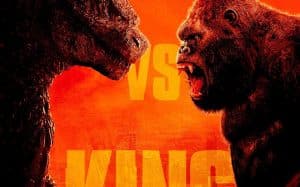 In a world where the titans of the past have awakened and claim their place, there is nothing more shocking and decisive than the challenge between Godzilla vs. Kong. The film arriving in theaters in 2020 is the completion of the long road started by what is called the MonsterVerse that brought monster films back to the cinema.

When the problem is size. In the first cinematic clash between King Kong and Godzilla, an expedient had to be used to make the two monsters of the same weight category: after all, the radioactive lizard reaches the remarkable size of about 50 meters. Then they thought well to make the gorillone eat mysterious berries that helped its development. This time it must be taken into account that the film Kong: Skull Island takes place in 1973 and that since then King Kong has continued to grow.

Godzilla vs. Kong represents the fourth chapter if you look at the whole development of the MonsterVerse started in 2014 with the not very happy but rewarded by the box office, Godzilla. That film directed by Gareth Edwards had as a small defect that showed little and badly its main monster, precisely the gigantic dragon-dinosaur reborn in an atomic world. But this error was soon remedied with the subsequent films Godzilla: King of the Monsters of 2019 and Kong: Skull Island of 2017 but set in the seventies. In the new adventure, directed by Adam Wingard, the human cast once again foresees the presence of Kyle Chandler and especially Millie Bobby Brown, the star of Stranger Thingsngs, already in the 2019 film, together with Alexander Skarsgard, Rebecca Hall, Shun Oguri and Demian Bichir.

We had left Godzilla triumphant, thanks also to the providential help of Mothra, on the triumphal Ghidorah completely incinerated in Godzilla: King of the Monsters. So the other titans, starting with Rodan, had bowed acknowledging his role as King of the monsters. Now as the Monarch scientific organization specializing in cryptobiology continues to investigate the origin of monsters, there is another secret society in the shadows that wants to harness the power of these creatures, while it is clear that there is no place on Earth for two titans and the clash with King Kong appears inevitable.