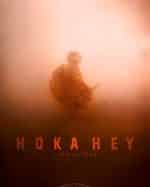 A Good Day To Die

The film opens on the scenario of the war in Afghanistan, precisely on 11.11.11. Jason P. Howe is a photographer specializing in war photography. On that occasion, Jason succeeds in capturing the time when Steven, a British Army soldier, ends up on a mine and loses his leg. Those shots mark the beginning of his troubles: he will be put under condition not to work anymore because the Ministry of Defense does not authorize the publication of explicit war images to avoid repeating episodes like those of thirty years earlier for the Falkland Islands .
The story told in the documentary saw the first reporter in Colombia, where he followed the FALC; Then, his loving relationship with Marylin, a Putumayo assassin; And it is then the turn of Iraq, passing through Lebanon, to return to a kind of circularity in recent Afghanistan. In the concluding part of this in-depth portrait, Monfils focuses on the story of the psychic and emotional state of the reporter, transplanting to Andalusia, where he lives to this day, treating his post-traumatic stress disorder. Hoka Hey is the war cry of the Indians of America whose meaning is explicitly from the subtitle of the film: “It’s a good day to die.” A title that, in addition to being a clear reference to the reckless indie of the photojournalist, finds a further link with the protagonist clarified by the final scene of the film.
Directed and produced by Harold Monfils himself in a work that has cost 6 years (shooting started exactly in June 2010), the documentary is structured with sequences shot in the field, alongside the photographer, alternating with moments when the Malaysian director Interpellations in a frontal dialogue many reporter colleagues who like Jason devote themselves to war reportage. Among these Tim Page and Seamus Conlan (the protagonist’s manager). In the words of the various photographers being interrogated, the vein of madness is the element that comes back often when it comes to defining Jason; But also the accuracy, passion, and dedication with which you are proud to find the right shot.
There is a crucial point in understanding that if you want to take a professional career you have to keep your eye always alert and your finger ready to press on the “trigger” to capture even the most terrifying moments (like when your companion near You end up on a mine and in the end you look looking for help). Without hesitation and without hesitation. It is worth the loss of a unique and unrepeatable shot that would be lost forever. You are on the war field, you have only one shot available and this hit must go to sign.
Monfils demonstrates a detached approach that does not compromise and looks from the right distance, though submerged in the context, the sometimes cruel situations we see flowing in front of our eyes. The aim is to frame even the bloodiest and most dramatic moments (the sequence of the baby cemetery, is an example), but does not go beyond show. What we see are dry images, raw, but the look on violence and atrocities has never fought, insisted. The director’s decision is not to accompany the most shocking scenes with music (except for rare cases), but to entrust the reporter with the task of telling the pictures, thus avoiding easy sensationalism that a music from emotional nuances could have made . So, the film is enjoyable for a public, certainly mature, but varied.