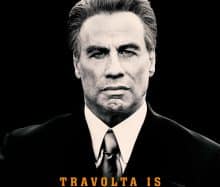 John Gotti says directly addressing the public that the life of a criminal ends in two ways: in jail or with death and both things happened to him. So we see him old, bald and tried by a cancer while he receives a visit to prison from his son, who wants his approval to sign an agreement with the prosecutors and accept a short sentence. The father is annoyed and replies that we must lie even if we still have the label of the stolen goods on them and that they will never stop tormenting their son because he is a Gotti. So this story frame opens, to the story of Gotti Sr., since he was relatively young in the New York mafia until his capture and, as anticipated in the incipit, to death. Then the fourth wall is broken again in the excipit, in which for one last time Gotti Sr. turns to the audience.

Struck by the American critics for the scimmiamenti of other great directors and for an almost self-censured point of view on the mafia protagonists’ misdeeds, Kevin Connolly’s film also has a problem of uncertainty and tries to be too many things together.

Debtor, in the first versions of a long gestation, the autobiography of his son John Gotti Jr., “In the Shadow of My Father”, the film ardently desired by John Travolta, Gotti – The First Godfather, is undecided whether to tell the story of the father or son and fails well in either of the two. On the one hand it seems to support the thesis of the almost innocence of Gotti Jr. and of his persecution by the government with a great waste of public money, on the other summarizes the history of Gotti Sr. excessively without ever finding a moment of strong breath, leaning on it. on the over voice of Travolta and taking a deep interest in the ambiguity of the character.

Gotti kills a man in one of the first scenes, but it’s the only crime he spots in person, for the rest we see him plotting to take his boss’s place in the Gambino family, and we know he will get rid of his man who has invested his son. There is no trace of illicit trafficking, racketeering, prostitution or anything else, besides Gotti is a family man here completely loyal and who keeps away from vices like alcohol and cocaine, in short a practically model father.